An ERCP combines upper gastrointestinal endoscopy with x-rays to treat issues related to the bile and pancreatic ducts. This procedure requires the use of a unique scope that was revolutionary at the time. This endoscope provided the opportunity to diagnose patients who are dealing with issues such as gallstones, pancreatitis, and tumours, among others, which could not be done with non-invasive tests back in 1971.

Dr. Ptak reflects back on his first experience using the scope to perform an ERCP.

“One of my colleagues from The University of Chicago called me and told me that they were doing this new procedure called an ERCP in Japan. He told me to come up and have a look, which I did. It was a very interesting experience,” said Dr. Ptak.

“It was funny because the Chief made sure that all of the 6-foot Japanese doctors were standing right in front of me so I could not see too much. However, my friend who invited me showed me how the scope worked that same evening after everyone was gone. When I got back to Canada, we got our first scope from Olympus and we did our first ERCP. From then on, it blossomed and grew and people began to come and train from all over.”

Today, ERCP is a standard procedure. In 1971 however, it was not.

“It was a great innovation to allow you to see the pancreas, bile ducts, and the liver. That was a big, big innovation because there was no other technique available. There were no CAT scans or ultrasounds available to us at the time to diagnose patients. Back then, ERCP was diagnostic and not therapeutic; it became therapeutic a few years later. With the endoscope, we were able to get a look at the Ampulla of Vater for the first time and put some dye into it so that we could see the ducts in the pancreas and the liver. That was the first time you could see something and do something about it.”

The first ever ERCP in Canada was conducted by Dr. Ptak at the Finch Site of Humber River Hospital. The encouragement he received motivated him to not only continue the work he was doing, but also stay at the hospital.

“The Chief of Surgery and the Chief of Medicine recruited me to come to the Finch site at Humber. They were all very supportive and that was how I was able to get my hands on the Olympus scope, which was very much an experimental scope at that time. The other big thing is that, this was done at a community hospital by a country doctor like me. It was the feather in the cap for the hospital from the gastrointestinal point of view. They really supported me. This was one of the reasons I stayed.”

This scope is now on display at the Wilson Site of Humber River Hospital. Dr. Ptak was not aware that the scope had still existed and was in great condition. He was fascinated that the parts remained connected and it looked like it could still be used. Although the scope has remained stored away at Olympus for the last 45 years, Humber was able to purchase it.

“Seeing the scope now is like looking at a Model-T car when you are driving a Mercedes. Yet, the scope is a part of the history of this hospital. We are innovators because the first ERCP was done in our hospital and the first endoscopic ultrasound was done in our hospital. I treated the first cases here and it was the hospital administration and patients who provided the support that was critical in this process. The scope is truly a memento”

As August is Gastroparesis Awareness Month, it is important to highlight stories like these to reflect on the great strides that have been made in Gastroenterology, as well as improving the understanding and management of associated diseases. Learn more here.

You may also click here to watch an interview with Dr. Ptak about his role in introducing ERCP to Canada. 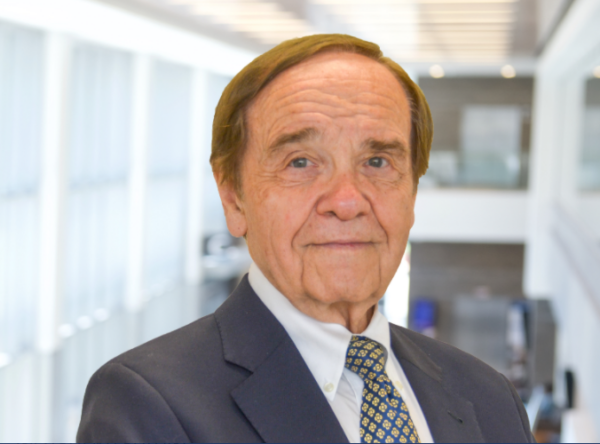