A Year in the ICU: A Success Story Read More

A Year in the ICU: A Success Story

27-year-old, Nicole Pampena, is set to be discharged from the Intensive Care Unit (ICU) at Humber River Hospital after being hospitalized for more than 340 days. 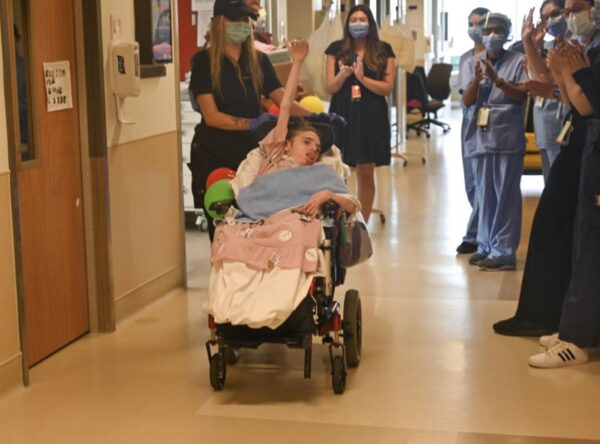 Nicole was born premature and was diagnosed with cerebral dysgenesis at birth, which led to a developmental delay and anatomical challenges.

Due to being nonverbal, Nicole has learned signs to help express her needs to her nurses and care team. Nicole and her father, Joseph Pampena, have also developed an effective strategy to communicate with one another. Joseph is blind and primarily communicates with his daughter through feeling the movement in her head- up and down for “yes,” side to side for “no.” Joseph is assisted by a private nursing team that ensures his daughter receives the care she needs at all times.

On August 20, 2021, Nicole was taken into surgery after suffering a bleed in her retro-peritoneum and was then admitted to the ICU. “It was life-changing,” said Joseph. “Those 24 hours post-surgery were very critical, but the physicians were incredible.”

Nicole’s condition changed from initial admission to requiring a critical care setting for her care needs. The new life-sustaining interventions have now been integrated into her everyday life.

The young patient could not breathe on her own. While Nicole remains connected to the ventilator each night, during the day, she is accompanied by her nurses who assist her in being relatively active and engaged.

Throughout her time in the Hospital, Nicole, her family, and her caregiving team collaborated with Humber’s ICU to plan for her discharge. Our Hospital, along with a partnership with West Park Health Centre, trained all of Nicole’s private nursing staff and supported their learning in the ICU to provide her with the proper care.

Nicole will be returning home with a “day pass” on July 27, 2022. Day passes are rarely granted in the ICU, but due to the complexity of Nicole’s case, it is an essential component to ensure safety before a full-scale return home.

With all indications pointed in the right direction, Humber’s ICU plans to formally discharge Nicole during the first week of August.

As Drake is one of Nicole’s favourite music artists, our healthcare team played his infamous song, “Hold On, We’re Going Home,” while she left the Hospital, as per her father’s request. “I am just so proud of her and so blessed to have her in my life,” expressed Joseph. 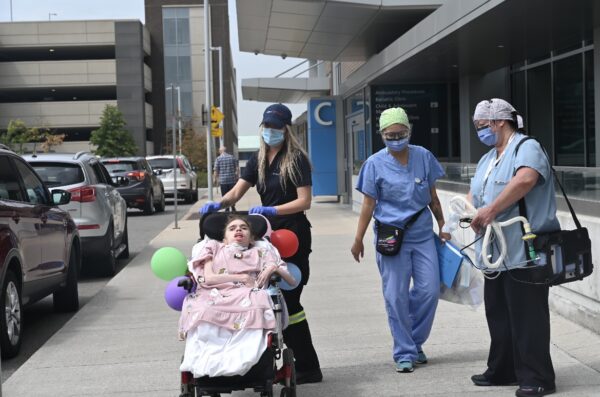 Our Hospital sends well wishes to Nicole and her family as we are thrilled to be part of such an inspiring success story. Thank you to all the staff, physicians, and volunteers who worked together to deliver ongoing compassionate care throughout Nicole’s healthcare journey.