Friday, August 26, was Dr. Avidor Quint’s last day at Humber River Hospital. He has dedicated the last 40 years of his career to Humber’s patients and supporting his fellow physicians and staff. Dr. Quint was born in Johannesburg, South Africa, where he completed medical school and had his sights set on becoming an anesthesiologist.

Dr. Quint spoke with us during his last week at Humber, reflecting on his time here ever since he first joined the Hospital in August of 1982.

How would you describe your time here at Humber?
I am very happy with my time here. Things have gone quite smoothly and I have made friends with fellow physicians and staff over the years. There are various things I am excited about regarding the future of Humber. The younger anesthetists here are so talented and have a bright future ahead of them. We also have one of the best bariatric programs and procedures in Ontario here at this Hospital.

What is your fondest memory as an anesthesiologist?
When I was over at the York-Finch location, I received a call from the hospital while I was driving out of downtown Toronto. A nurse in the operating room said they needed an anesthetist for a pregnant patient whose baby was in severe danger. I, of course, agreed and told them I could be there in five to ten minutes. However, to my horror, there was a huge traffic jam heading westbound on the 401. To get to the hospital as quickly as I could, I tried to make my way onto one of the shoulder lanes on the highway. Unfortunately, a truck driver kept stopping me! Despite me telling him I had an emergency, he would not let me through. I then called 9-1-1 and told them the situation. Two police cars arrived- one managed to get the truck out of my way and the other escorted me out of traffic towards the hospital.

When I arrived, the patient was already on the table with a cord prolapse. This is when an unborn baby’s umbilical cord slips through the cervix and into the vagina after a mother’s water breaks and before the baby descends into the birth canal. The cord can become compressed by the baby’s body, which can stop blood flow.

After working together with the team, and through the mother’s hard work, the baby was saved. The police officer came in to ensure I was telling the truth and waited through the entire procedure. I asked him what would happen to the truck driver, and he told me that it was dependent upon whether the baby had survived or not.

What are your post-retirement plans?
Golf for sure. One of my patients has become my golf teacher, he told me it is never too late to learn. I will also travel and go back home to South Africa- Cape Town is the most beautiful city in the world. I cannot wait to spend time with my friends and family, particularly my grandson. 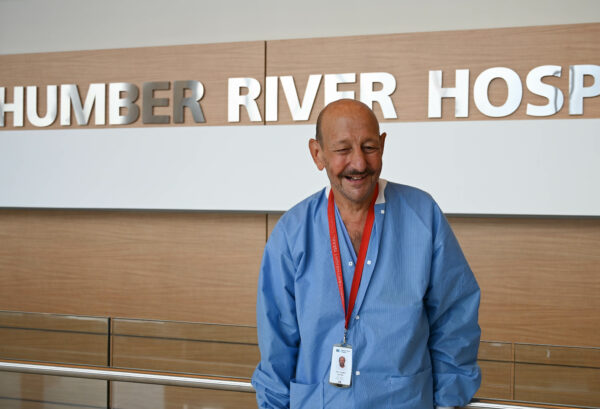