Humber River Hospital (Humber) has launched the use of the Acessa ProVu® system – a new way to treat uterine fibroids. Uterine fibroids are the most common benign tumour in women, affecting up to 70 per cent of women during their reproductive years. Although most patients with fibroids are asymptomatic, approximately 30 per cent become symptomatic. These symptoms can include abnormal menstrual bleeding, pelvic pain and pressure, urinary problems, difficulty getting pregnant or issues during pregnancy, among others.

Typically, women do not need to proceed with treatment for fibroids if they have mild symptoms or are near menopause, when fibroids typically shrink on their own. But for patients experiencing severe symptoms, procedures are available to shrink or remove fibroids. In the past, the most common approaches to treatment has been surgical removal of the uterus, referred to as a hysterectomy, or myomectomy, removal of the fibroids. 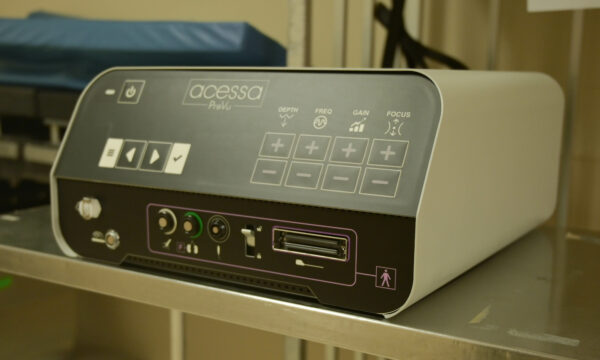 The Acessa ProVu® procedure allows for a thorough and minimally invasive method of treating fibroids, and Humber is one of two centres in Canada offering this approach. “The Acessa ProVu® system is a novel, unique, revolutionary system that utilizes radiofrequency ablation (Lap-RFA), laparoscopic ultrasound and monopolar cautery,” says Dr. Bruce B. Lee, the inventor of the Acessa ProVu®.  “It is the first and only system that allows physicians to treat fibroids of varying sizes and locations, relieve fibroid symptoms and shrink the fibroids without incision or cutting of the uterus.”

Acessa ProVu® was designed to preserve healthy uterine tissue by delivering heat (radiofrequency) directly into a fibroid to destroy the proteins of the fibroid tissue. Once broken down into small fragments through coagulative necrosis, it is reabsorbed by the surrounding normal tissue, and the treated tissue softens and shrinks over time. As the procedure is minimally invasive and recovery pain is typically mild, narcotics are rarely used post-operatively and patients are able to return to normal function quickly. In addition, the procedure is cosmetically advantageous, as only two to three small incisions are required for the laparoscope and laparoscopic ultrasound probe for a full view of the pelvic anatomy.

Humber’s Chief of Obstetrics and Gynecology, Dr. Andre LaRoche, performed the first procedure in Ontario. “The Acessa ProVu® is part of the technology that helps guide us and make sure we are able to view, identify and specifically target uterine fibroids in a safe manner,” explains Dr. LaRoche. “The Hospital is always looking to deliver innovative healthcare and be the frontrunner in advancing technology and services for our patients. When the Acessa ProVu® system became available in Canada, Humber was quick to jump at the opportunity of being one of the first to offer this in the country.”

The first few cases in Canada were performed in Regina, Saskatchewan then executed at Humber a couple of days later on September 15 and 16, 2022. This is the first time this innovation has been used in Toronto and Eastern Canada as a whole. During the first two days of cases, Dr. Lee joined Dr. LaRoche through a partnership between Humber, its administration and Hologic, a medical technology company that acquired the Acessa ProVu® system. “The first couple of cases went very well. Dr. Lee is an amazing mentor; it was perfect having him there to ensure that we were on track. He pushed me to find every fibroid we could,” notes Dr. LaRoche. 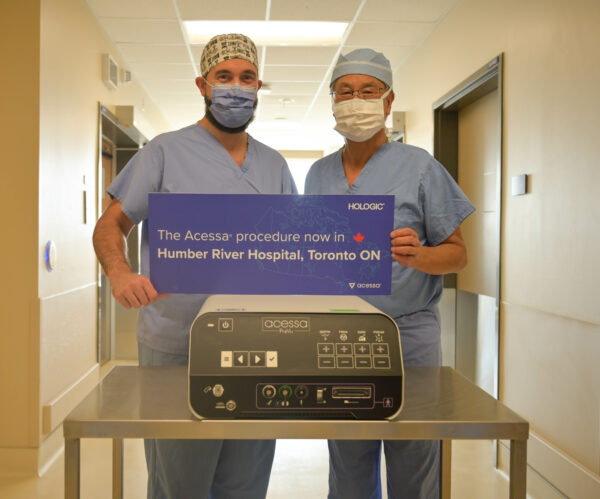 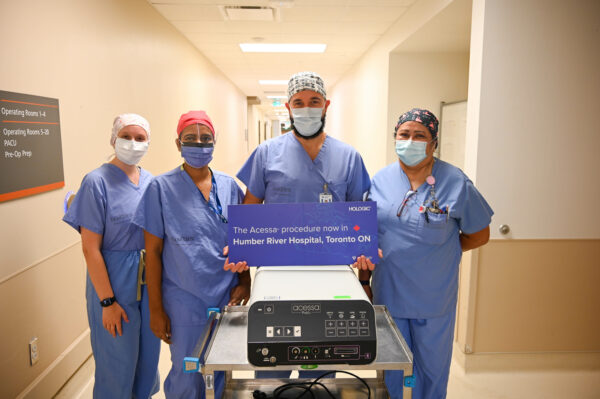 Jane Dim underwent the Acessa ProVu® procedure on the very first day it was offered at Humber. “My gynecologist told me about the procedure and from there, I did my own research where I had found stories of women who were grateful to have gotten the procedure done. This was reassuring,” says Jane. “Dr. Lee was kind enough to pay me a visit while I was in recovery after the surgery to talk to me and answer any questions I had.”

The Acessa ProVu® system presents tremendous benefits for Humber’s patients, particularly for the demographic in the community. “Many individuals in our community cannot afford to take six to eight weeks off work and need to get back to work more quickly. They may have young families or need symptom relief, and too often are not paid to be off, so they need to get back to work as soon as possible,” says Dr. LaRoche. “This is an amazing way to introduce the technology to Canadians that need it, but also to promote the Hospital as a centre for opportunity. Eventually, the goal is to become a training centre for other hospitals to learn the technology and spread this knowledge to other facilities.”

“Once the procedure was complete, I was home within an hour,” says Cindy Wennerstrom, the third patient to undergo the Acessa ProVu® procedure at Humber. “I feel like the incisions healed up in days, and you could barely see them after two weeks. In addition, there was very little to no pain post surgery and I was walking right away.”

Dr. Lee adds, “With physicians like Dr. LaRoche spearheading the program with Acessa ProVu®, I have no doubts that it will succeed. I think we are going to find that this procedure will be sought after by many patients, and there will be many other centres and physicians wanting to learn it and promote it.”

With the Acessa ProVu® system, women have a new, favourable option for fibroid treatment that has not existed before. It furthers Humber’s mission is to deliver innovative, safe and compassionate healthcare in the community.

Giving Back Through Operation Walk

Patient POV: Top 5 Reasons To Have Your Baby at Humber River Hospital